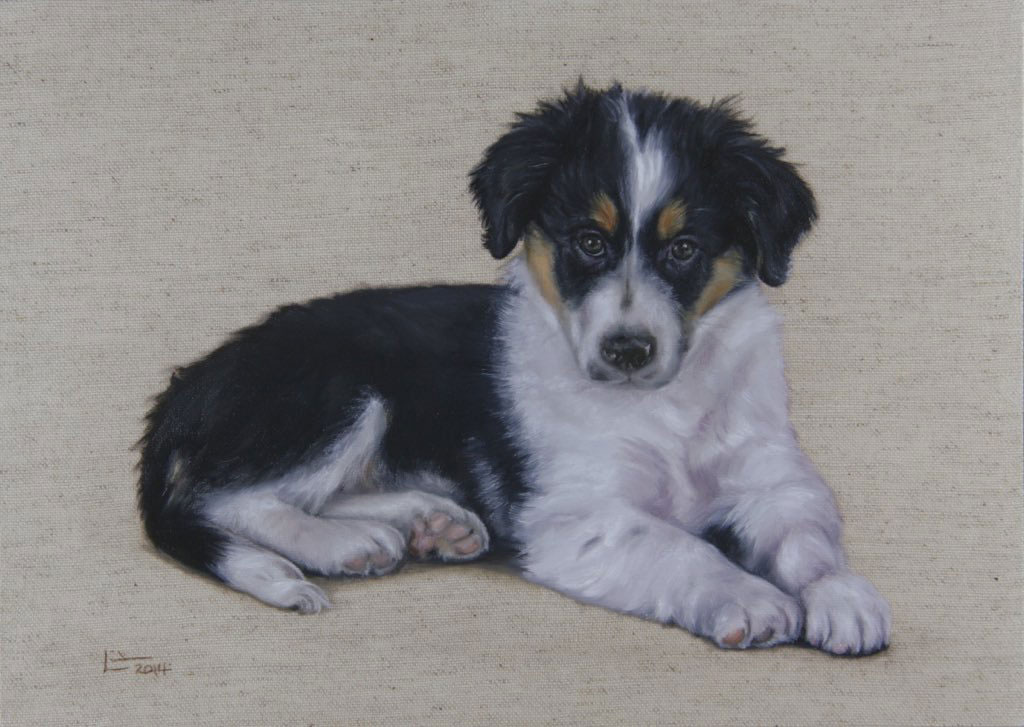 Linden Hopwood is a figurative artist out of Scotland where he works mostly on private commissions. His realistic works have gained international recognition. Hopwood has an interesting background having an education in Fine Arts but waited until his “semi-retirement” to pursue art full-time. 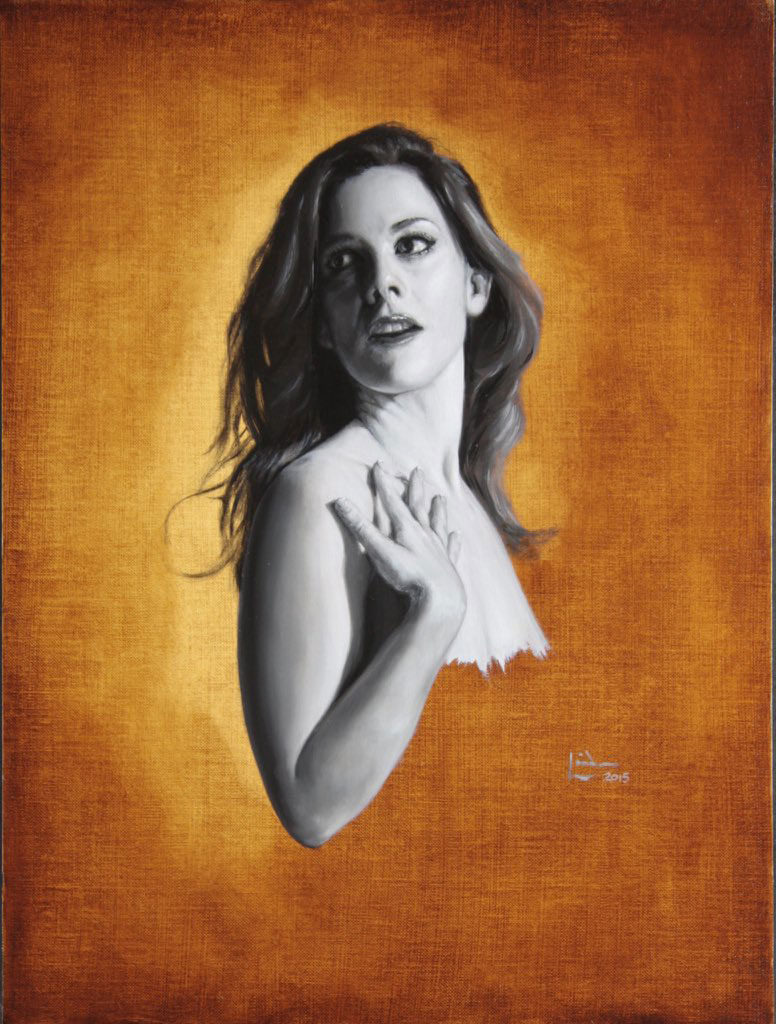 His works have been exhibited around the world from Brussels to New York. Originally Hopwood’s works were featured on canvas and linen on traditional stretcher bars until he discovered Dibond aluminum composite material a few years ago.

“In addition to the longevity, durability and archival qualities afforded by Dibond, I find that the rigidity of the panel negates the need to retighten traditional stretcher frame canvases, has minimal flex, doesn’t warp or twist, reducing the possibility of the dried paint cracking and also ensures that the painting remains ‘in square’ for framing purposes- this is absolutely necessary if framed in a ‘floating’ frame.”

Hopwood considers himself a “husband, father, dog-walker, occasional golfer and sometimes artist” but continues to gain notoriety in the art world. His pieces include portrait, figurative and still life works that are mostly featured in people’s private collection although he does the occasional gallery exhibition and educational event as well. 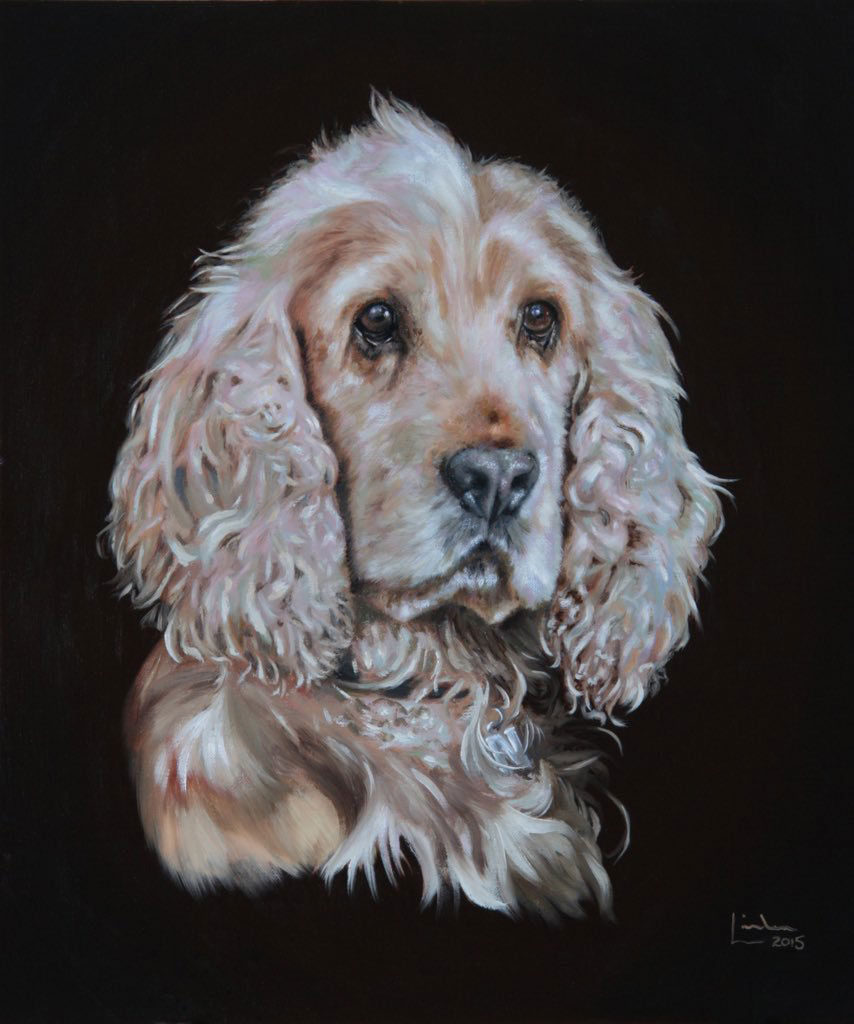 In an exclusive interview with 3A Composites, Hopwood discussed the history of painting substrates describing the evolution of materials he explains, “Historically, panels were used for painting centuries before they started using canvas/linen on frames (the Mona Lisa was painted on a wooden panel) – they only started to use canvas for the ease of transportation of large paintings. Venice, being one of the major art hot-spots in the Renaissance, was also where the majority of European ships’ sails were made – out of canvas, that’s why artists began using such substrates.” 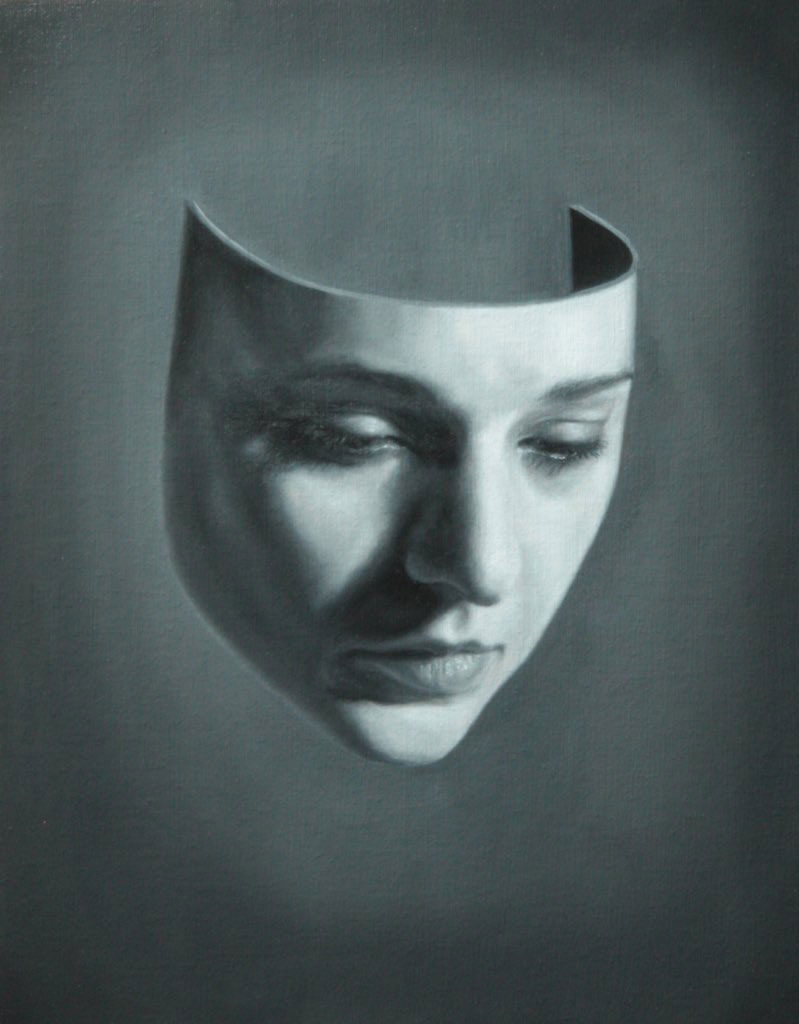 Although canvas remains a popular substrate for artists, Linden further describes what the most famous paintings may look like today had more modern materials existed during their creation.

“If Dibond had been around back in those days, we’d have museums and art galleries around the world full of work by DaVinci, Rembrandt, Caravaggio and all the other Old Masters – simply because more would have survived the rigors of time,” he notes.

Hopwood’s realistic works capture the subtle nuances of the human, and occasional canine, form. His works resemble photographs in their ability to grab the most intricate details. Hopwood’s paintings are captivating and authentic, offering a unique perspective in each work of art.

all information and art courtesy of Linden Hopwood

For oil on Dibond aluminum composite panel, each artist has their own process for prep, paint and coating the product.

Below are Linden Hopwood’s how-to notations:

After removing the protective film from one side of the panel, the surface is lightly abraded with a Scotchbrite® pad before being thoroughly cleaned with a spirit-based degreasing agent. The fast-evaporating ‘panel-wipe’ used in auto-body shops is ideal. Two coats of an acrylic-based external primer are then applied – Zinsser Bulls Eye 1-2-3 (white) being the preferred choice. During research, the technical team at the US-based, Golden Acrylic Paints recommended the latter and also advised on the methods to be used. At this stage, after the primer has dried, the surface can be painted on (with oil or acrylic paints) without further treatment. However, Linden finds this surface to be too flat and ‘slick’ for his portrait-work, so he bonds linen or canvas to the panel. 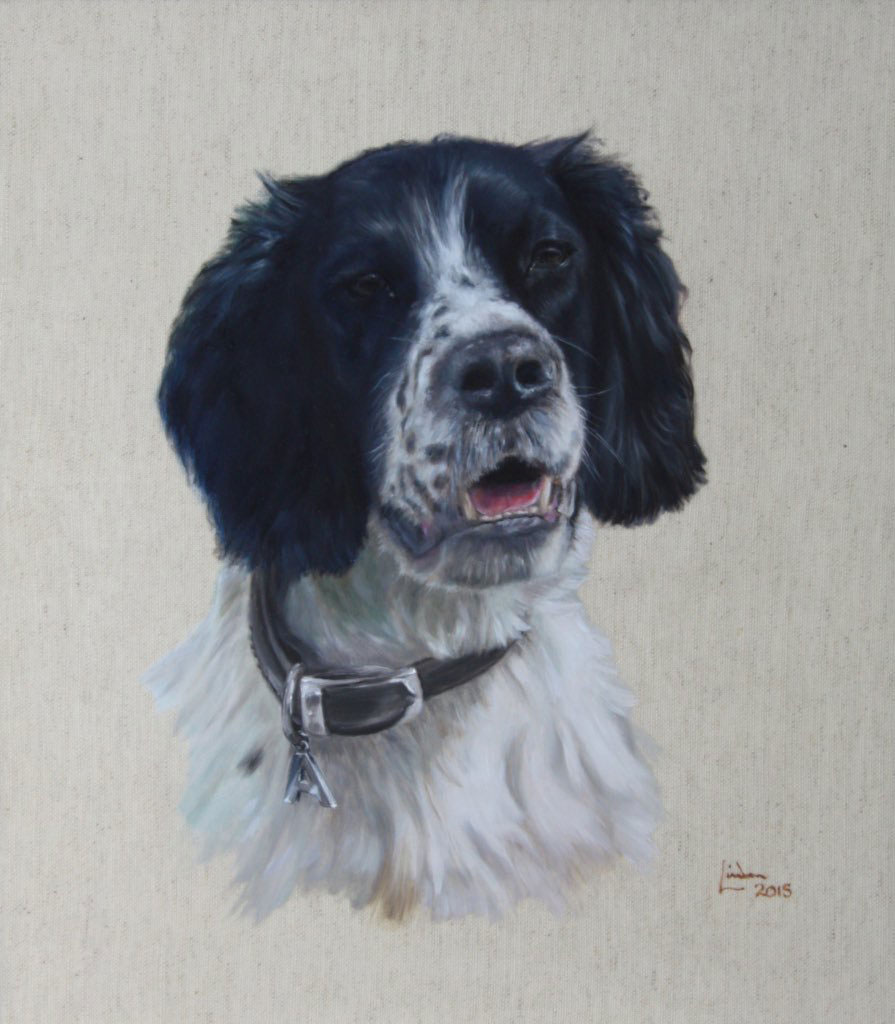 Either natural (raw) or pre-primed linen/canvas can be used. Using the same methods that are employed for bonding these to MDF, Masonite and plywood panels, Linden uses Acrylic Gloss medium (diluted 50/50 with distilled water) to adhere the fabric to the prepared Dibond®. If using unprimed canvas/linen and needing to maintain the ‘raw’ look, three or four coats of this medium are then applied to the bonded canvas panel, then a final coat or two of Acrylic Matte medium to provide some ‘tooth’ (particularly if using oil paints). If using primed canvas/linen, or wanting to prime the raw canvas, acrylic gesso/primer can be used as necessary.