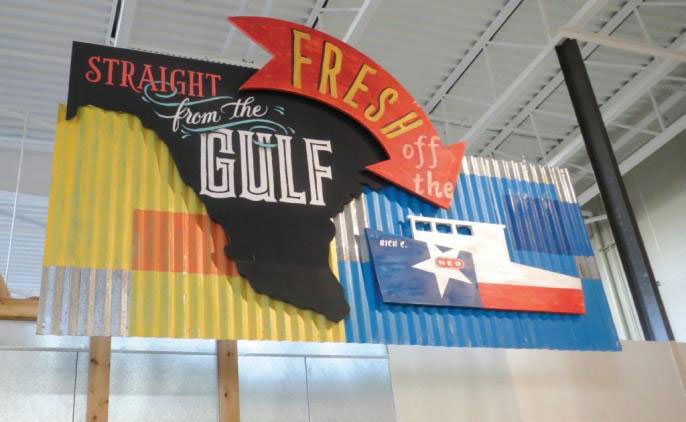 HEB Grocery is a San Antonio-based chain that operates its franchise mostly in the Texas, Mexico area. The chain commissioned Ion Art to fabricate and install a series of multi-purpose signage materials for the brand in its San Antonio stores. With a project of this size, Ion Art overcame a series of challenges, the team describes, “Making signs of this size—to be installed on an existing, on-site framework—presented one of the project’s biggest challenges. 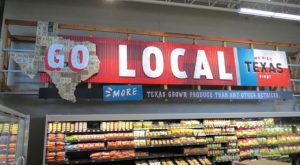 Standardization was required, in both construction and installation, due to the various signs and their distinct styles. The team utilized a system “Design for X” approach that is originally seen in nanoelectronics but was adapted in this scenario to allow the team to accommodate a series of variables and ultimately save time. The team describes, “Implementing a different installation approach for each sign would’ve taken three times as long.”

The system worked and provided as much of a failsafe as possible, Ion Art explains, “Because we standardized almost all materials and fasteners, the various alternative supplies could be greatly reduced, and adaptations could transfer directly from one application to the next.” 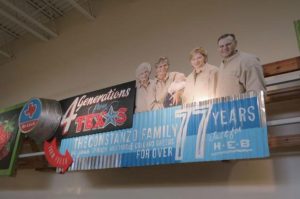 The team organized the fabrication and installation in district phases, this allowed for all similar signs to be fabricated and installed at the same time. For instance, the initial two phases included all signs without electrical components, which allowed for a quick transition of all similar signs to be fabbed and installed on site. Additionally, a series of methods made installation easier as well.

The signs were all designed to self-support on the existing framework, which was already installed at the store and made installation quicker.

The resulting signs utilize an abundance of materials to create a variety of dimensions. Each sign features materials such as neon, corrugated metal, Sintra PVC board and vinyl. The various chalkboard-like sections of the signs were created using table saw cut Sintra board in various thicknesses. The dimension of each sign was achieved thru the use of different substrates, where a farm-inspired feel was achieved in every sign.